We are proud to have shipped from Venice a beautiful Heidelberg SM 74-4P fully equipped in Tashkent, a modern city of almost 2 and a half million inhabitants, capital of Uzbekistan, which stands in an oasis in the midst of the Circik and Keles rivers. The city is an economic node of the country with cotton, silk, mechanical and chemical industries. To demonstrate that Uzbekistan is a nation of great culture and great economic prospects in the printing sector, just think that in the capital alone there are 14 newspapers in Uzbek language, 4 in English and 9 in Russian! Founded by the Arabs many years ago, the city has in fact undergone Russian and Chinese influence, becoming like Venice a multicultural city.

A sympathy was born between our export sales director Mr. Alberto Rui and the manager of the Uzbek typography Mr. Nosirov during the 12 months of negotiations, and a visit to the capital is being organized to get to know each other in person. The deal was in fact signed on the phone, demonstrating that the 5,600 km distance did not hinder the trust of the customer who believed in us after viewing our long list of references in his state and having seen the IGFA - International Graphic Fairtrade Association logo on our site. This is a great satisfaction as we receive more and more news of scams to the detriment of companies that rely on bad suppliers.

This Heidelberg SM 74-4P, delivered in 2001 in Switzerland and purchased by us a year ago, is fully equipped with the CP2000 console, ink temperature control and many optionals... congratulations to Mr. Nosirov for the great deal! 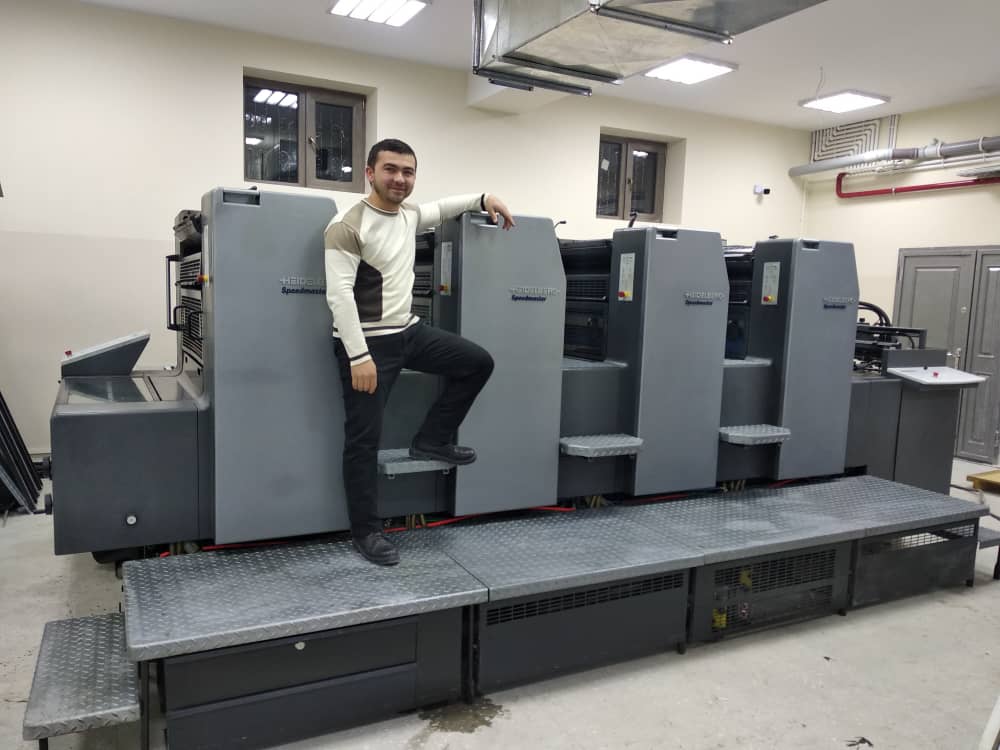